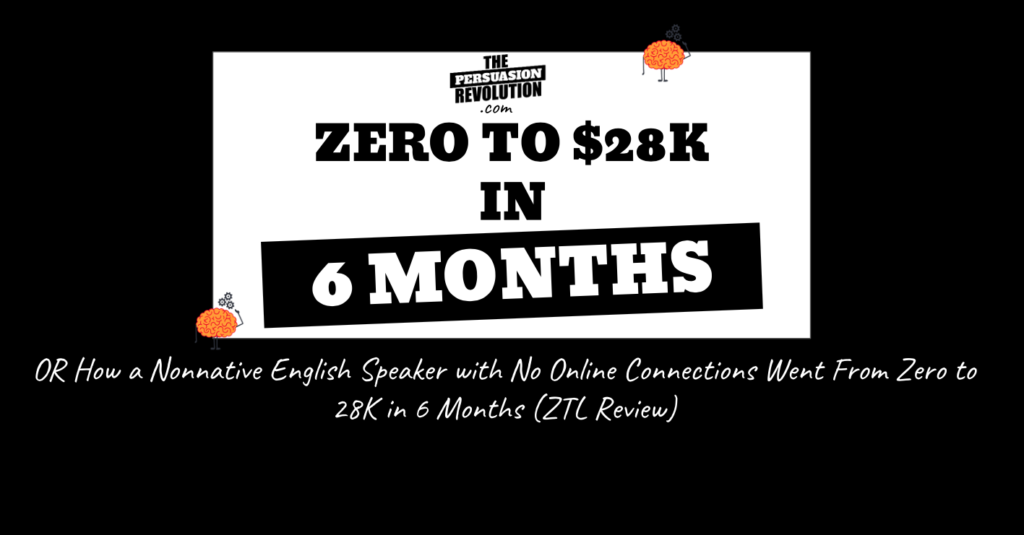 OK so first time ever that I am coming out with the secret of my overnight (read months in the making) success story and while there are many contributing factors to the whole thing (hustle, sleepless nights and bucket loads of tea), I would put Ramit Sethi’s Zero to Launch program as one of the top.

I took the course in April of this year with no clear idea or plan on my positioning. I had the domain registered yes (just as I have 22 other domains registered to feed my crippling case of the shiny object syndrome) but beyond that..I was lost!

The first month I took ZTL, I pitched 12 blogs with nothing on my website except my 1-2 punch email promising them great content. I heard back from 8 of these places and got my first paying client through one of my guest blogs and with no “work with me” page (heck I didn’t even have a paypal account)

I didn’t think I needed a work with me page because “they” tell you it takes years to make your first dollar…so when I got that first email enquiry, I quickly put together a page, linked it with paypal and made it live. That was June of 2014 and that’s when I set a target to make 10K online before 2014 folds.

I am happy to report that I made almost triple that and 2014 still isn’t over. I also went from zero to 2,800 subscribers and 532 clients. All this with literally no online connections and sub-zero support from family & friends (I only told my parents & my husband after I got my first 5 sales) and most of my Facebook friends have no idea still.

A Bit about My Tangible Results

Went from a big fat zero to this:

But these aren’t the results making me lose my shit. It’s the intangible but making me giddy with happiness results.

A Bit about My Intangible but Positively Enthralling Results:

I’m not as  excited about the dollars that I have made but the number of people that I have touched with the program, I have sold my programs and services to 532 people…that’s 532 people who I know will talk about me in a great way…532 ambassadors out there spreading great things about me…532 free marketing collaterals….how great is that?

Waking Up to see these completely unprompted testimonials my people are posting about me on social media: 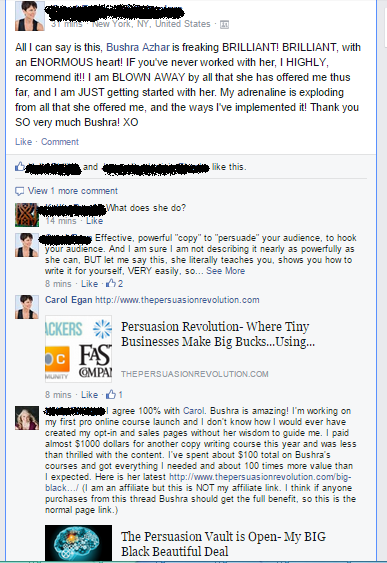 Receiving such emails when I am sitting in yet another boring daylong meeting: 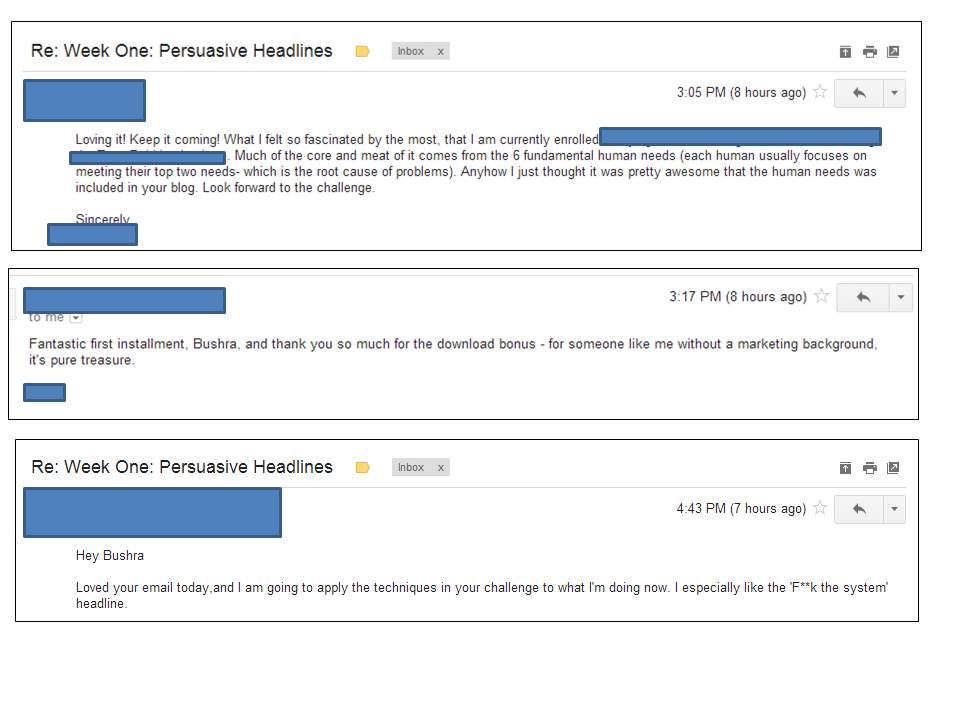 People writing to me telling me that them when they look at the price tag on my stuff, they secretly think “what’s the catch” but then buy anyway because I am THAT persuasive.

Cracking 100 sales in 2 days (320 total) for the very first program I launched (this is the one I launched following ZTL to the tee). Releasing a 2nd program less than a month after the first and selling 308 packages in 2 weeks and a sales page that is converting at a whopping 38%!!

Exceeding my target of 10K almost three times over.

Doing all this with a full time consulting career, 2 kids and a house to look after…not to mention a husband who’s a darling but needs to be pampered..

Making my parents very very proud. They still can’t wrap their heads around the fact that people are paying me money for doing things on internet. They believe that the only way you can make money is by exchanging hours with dollars so seeing me making money while I am making a Bushra-shaped dent in their couch is kinda sorta miraculous!

Getting my first paying client without any “selling”.

The mindset shift that took me from “who’d buy from me?” to “I’m the best thing that ever happened on the internet”

Knowing with absolute surety that I will multiply these results many many times over in 2015. That I am just warming up and that I have scores of people backing me up and cheering for me as I crack my first million.

So here’s my honest candid advice to you…if you are at the doubtful-floundering, no-idea-what-I-am doing stage, ZTL is for you

I have had great results with the ZTL system, I trust the system and I go back to it again and again.

Hit me up if you have any questions! 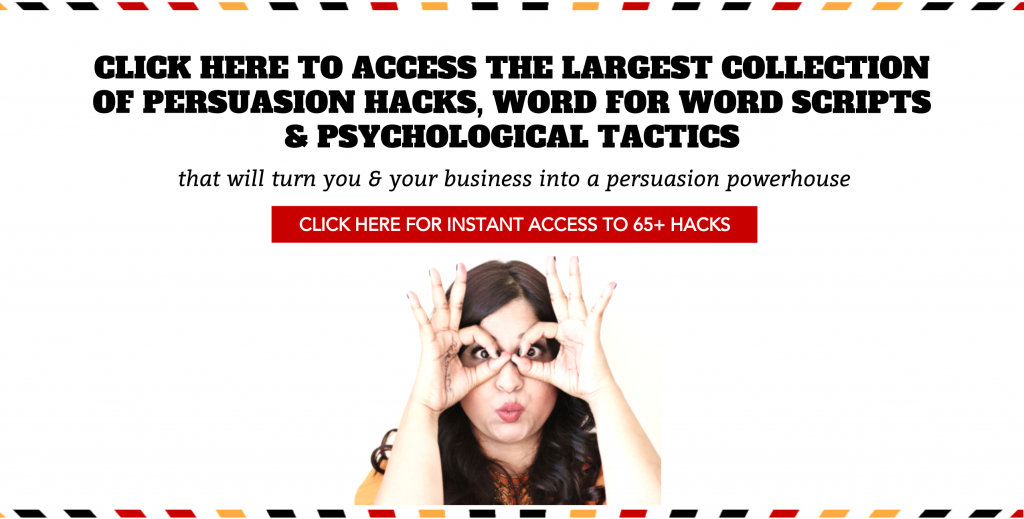 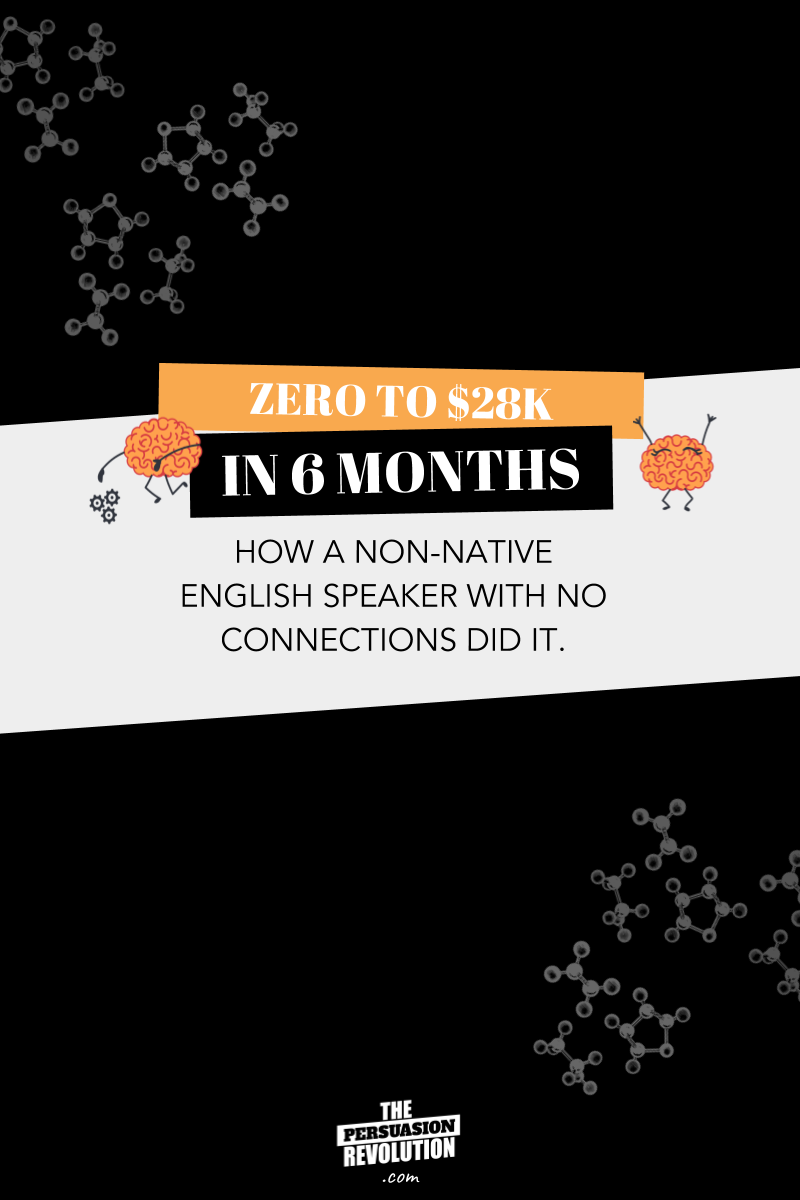 ← Persuasion Teardowns: See How I Revamp 5 lame About Pages Using Psychology- VideoPsychology of Giveaways & How You Can Use Giveaways to Grow Your List →