You Need a Persuasion Revolution

But Who the Hell Are YOU? 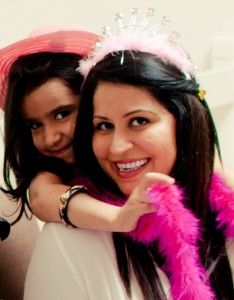 I am the chic behind this shtick (it sounded a lot cooler in my head) and I work with people who are gung-ho enough to take the unconventional route to being persuasive. People who know that the only way to get others to do your bidding is to get inside their heads (in a non-douchy way).

I teach persuasion skills to people who don’t want to go through all the technical details of social psychology research but still want to reap the benefits of using psychological hooks to persuade, influence and negotiate.

Born in 1978 to unsuspecting parents, It was quickly noted by the nurses that I was a little unconventional, leading one of them to remark that I looked like I came out of the womb with a plan. I am still trying to figure out what that means.

Featured in Forbes, Fast company and 50 other super places on the internets, to working with big-ass companies like Pepsi, Unilever and E&Y, to being a well-paid (way too much if you ask me but shhhh…) consultant, I have my hands quite nicely full.

I am a tolerable wife, an eccentric mom, a spicy food connoisseur, a dreadful tennis player and a social psychology aficionado.

I have used the science of persuasion (Yes, It’s science not ART) to …..

I want to live in a world where….

My Super Power is

to be able to make critical phone calls while changing diapers, cooking or washing dishes. Except for that one time when I dropped by brand spanking new iPhone in a boiling pot of soup…in the middle of a client call.